After having enjoyed the superb European Blues Challenge in the beautiful city of Malmö, our warmest gratitude to Malmö-Copenhagen Blues Connexion for their perfect, amazing organisation and for making us all feel welcome at the ever memorable Challenge, the first after the notorious worldwide pandemic. 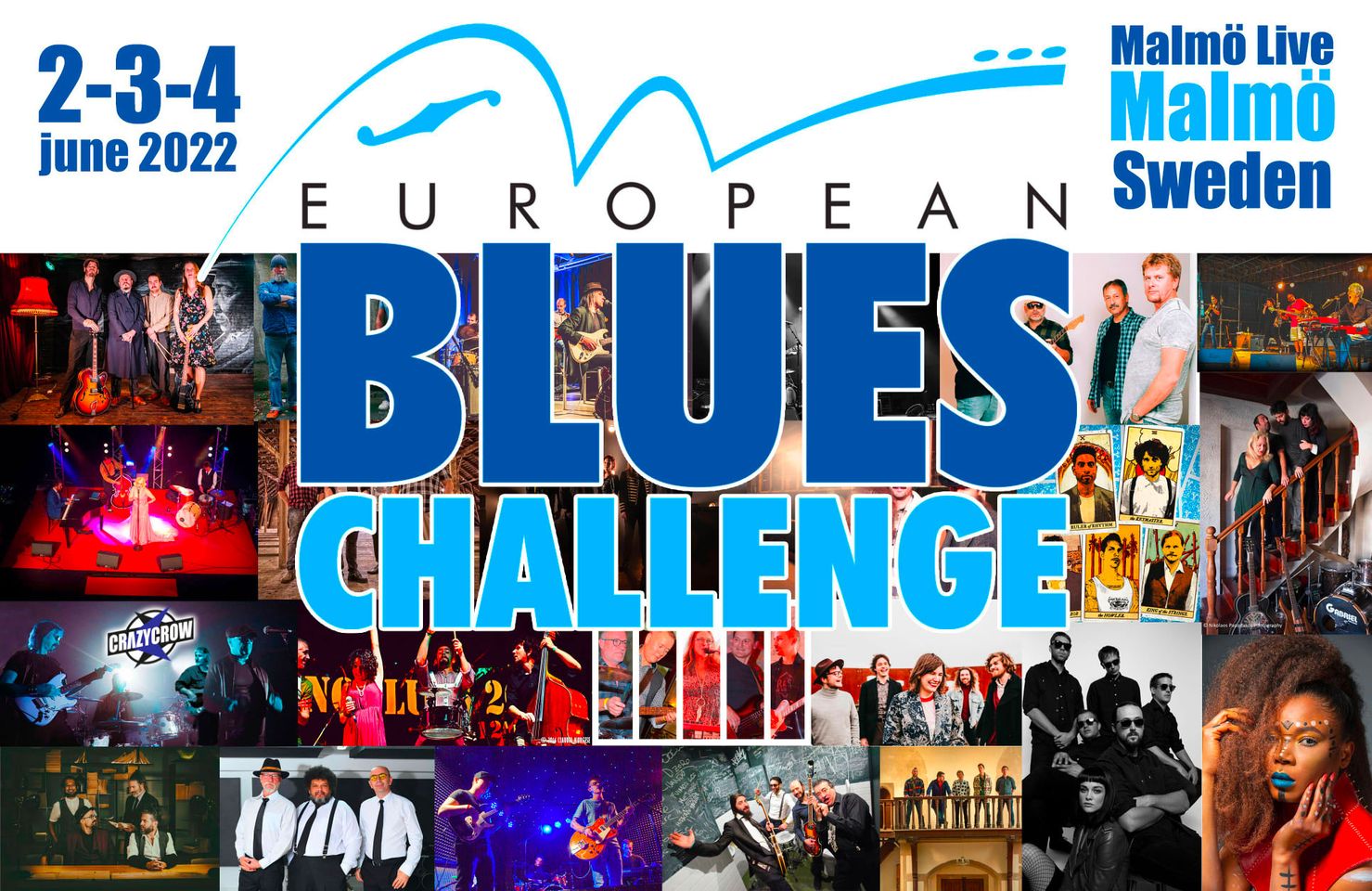 We all had a great opportunity to visit and enjoy the city of Malmö and, of course, meet many friends coming from all over Europe to enjoy friendship and great blues music. We experienced two unbelievable Blues Challenge nights with 23 high quality acts. We want to acknowledge all musicians for their professional commitment and excellence and congratulate the winners as well as all participating bands.
Here are some quotes received:

“Congratulations to the superb Harlem Lake from the Netherlands on being declared the winners of the European Blues Challenge 2022 in Malmö yesterday. Congratulations also go to Justina Lee Brown representing Switzerland (2nd) and Mingo Balaguer Álvarez, Sanpa and Bárez Bros from Spain (3rd). Congratulations go to The Achievers who represented the UK and won many new friends and fans. Well done to all involved, especially the organizers of the event and the European Blues Union under whose banner it took place. Roll on next year when I hope to catch up in Poland! European Blues Challenge 2023 (EBC 2023)” – Ashwyn Smyth (UK)

“This has been a weekend of absolute magic! We wanna give a huge thanks to each and every one of you that has supported us on our musical journey so far. All in the Norwegian Blues community, Blues clubs, friends and fans. We are so very grateful to the Norwegian Blues Union (NBU) for allowing us to share their stand with us! And the whole European Blues Union to welcome us with open arms!!! We LOVE you!!!” – Reloaded Norway (Norway participant band)

“Greetings from Ireland. On behalf of the Crazycrow band from Ireland, I wish to extend our heartfelt thanks and warmest gratitude to The Swedish Blues Connexion and all the staff and officials for your kindness, courtesy, help and the consideration shown to us over the June weekend. Particular thanks to Helena for all her helpful correspondence prior to the Challenge and her warm and welcoming help and assistance. We love you. We would also like to commend the sound and stage officials. Their assistance and professionalism were second to none. Fantastic sound and stage set up. Congratulations on a fabulous concert and Blues Show. Please pass on to all concerned.” – Crazycrow (Ireland participant band)

“Goodbye Malmö, the future starts today… Unique experiences, added value within our reach, the world is our home! Thanks to our Dream Sessions represented by Renato Dias and Noelle Oliveira, for all the work developed in this participation in the EBC, without them it would be very difficult to have the conditions we had. Thanks also to Blues Portugal, represented by Dúlio Canário and Rui Guerreiro for all the support and advice, and to Adalberto Ribeiro for his wisdom, motivation, and shared experience. We are happier today than when we arrived in Malmö!” – Peter Storm & The Blues Society (Portugal participant band)

“A splendid week-end together with you and the rest of the European blues family.” – Gaute Taksdal (Norway)

“Here in Malmö it’s almost 11 o’clock pm and it’s just dusk. On the second night of the competition a lot of diverse great blues, the French and the Dutch excellent, voting at midnight. Bravo Malmö and the European Blues Union on a phenomenal organization. Keep the Blues Alive!!” – Boris Hrepic Hrepa (Croatia)

Local musicians as well as some musicians of EBC participating bands performed each day at lively jam sessions. Thorbjørn Risager & The Black Tornado was the perfect event opening on Thursday night. 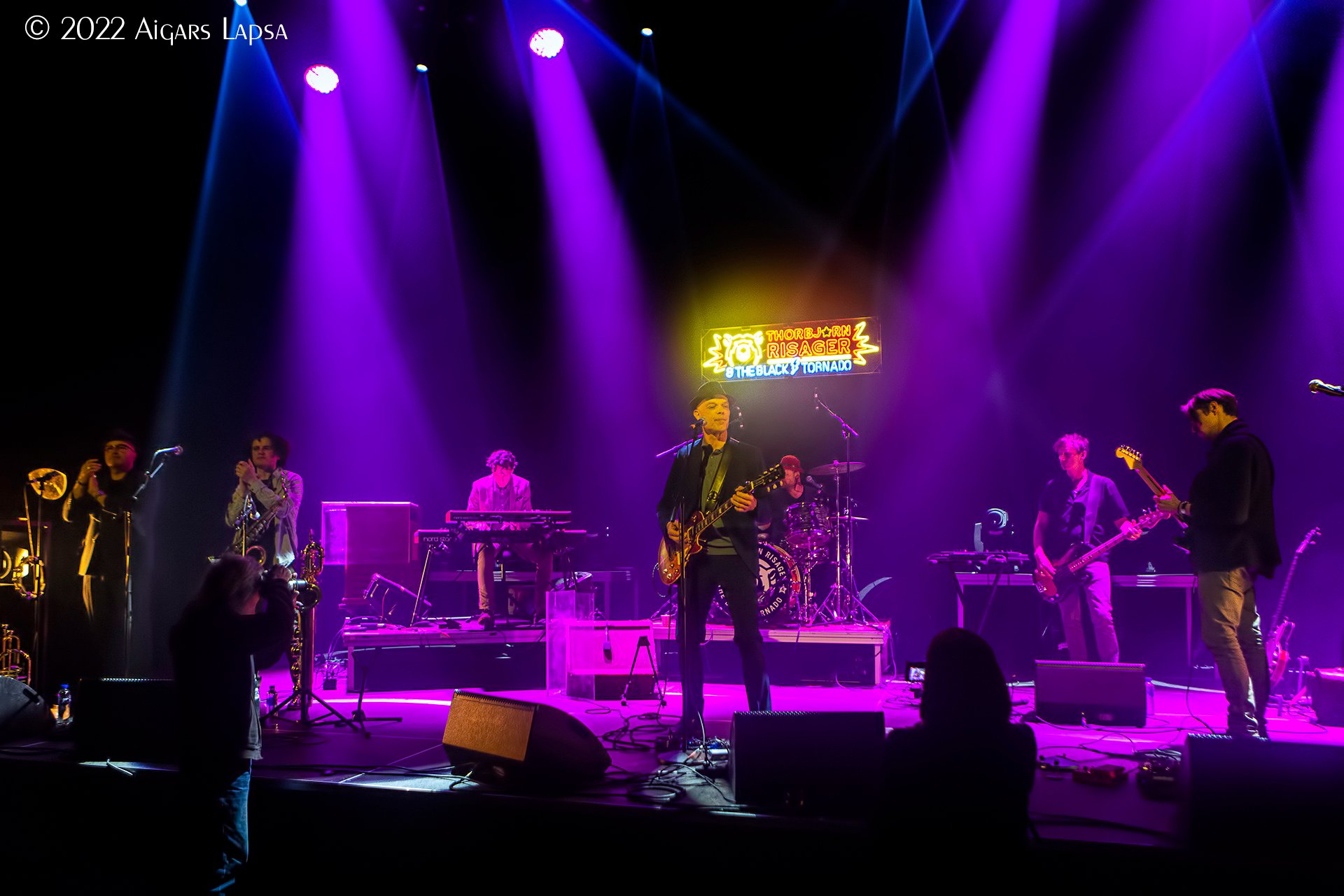 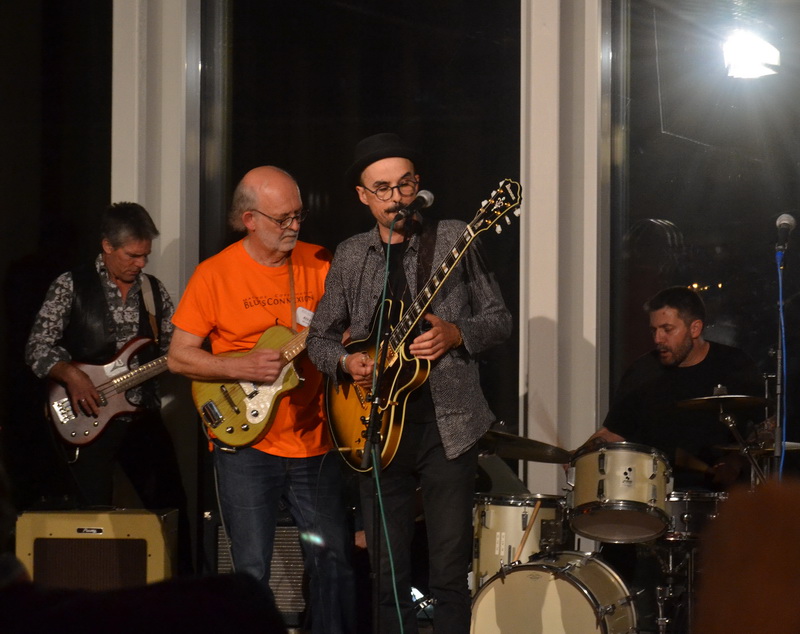 With the Blues Behind the Scenes Awards there were recognized selected European individuals and organizations that have worked actively and made significant contributions to advance the Blues in Europe. This year the EBU awarded in the Media category Marino Grandi of Il Blues Magazine (Italy), published quarterly since 1982 (represented by his son Davide Grandi). Peter Astrup, Blues in Heaven Festival (Denmark) was awarded in the Production category and Filip Le Roy, Swing Wespelaar Festival (Belgium) was awarded in the Promotion category. 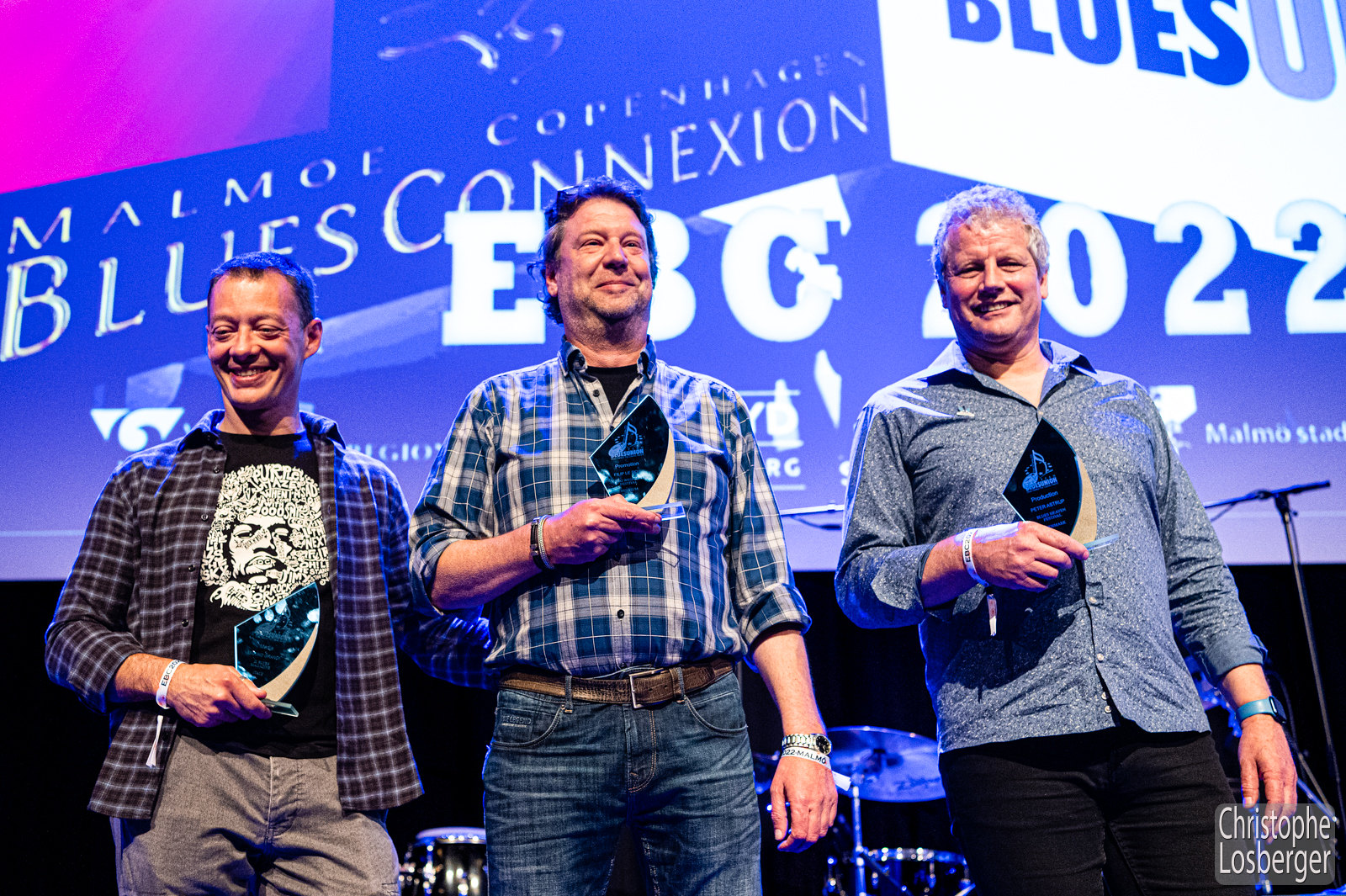 More than 30 tables were on display at the Blues Market, which provided once again a unique opportunity to meet after three long years to establish new contacts and strengthen earlier relationships. 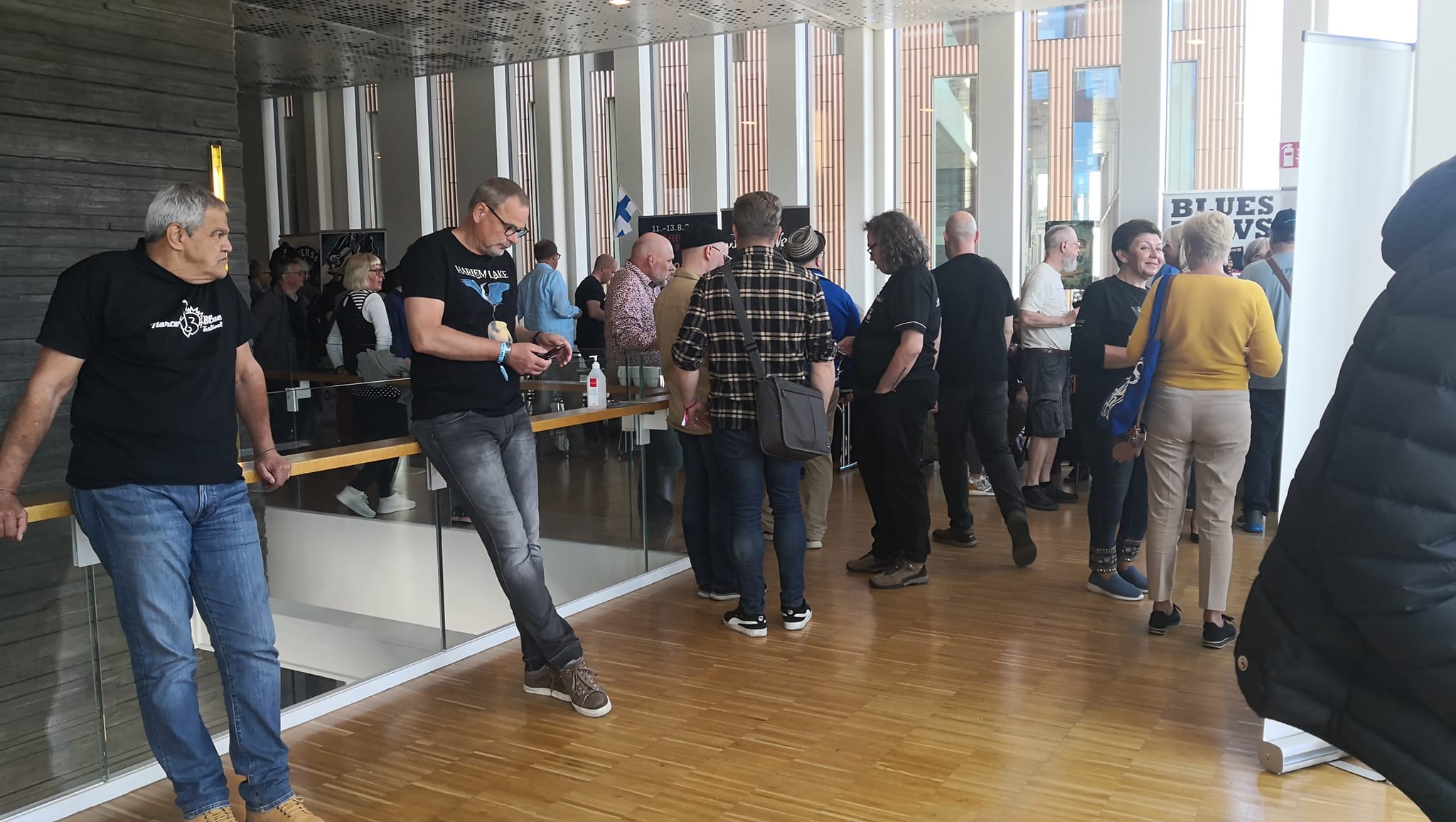 Although the pandemic had stopped most of the EBU regular actions, past EBU activities and new project ideas and initiatives were discussed during the EBU General Assembly 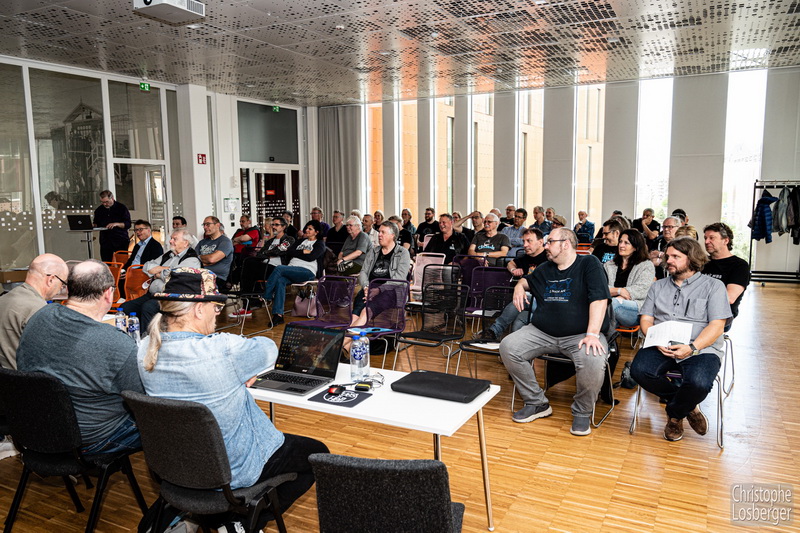 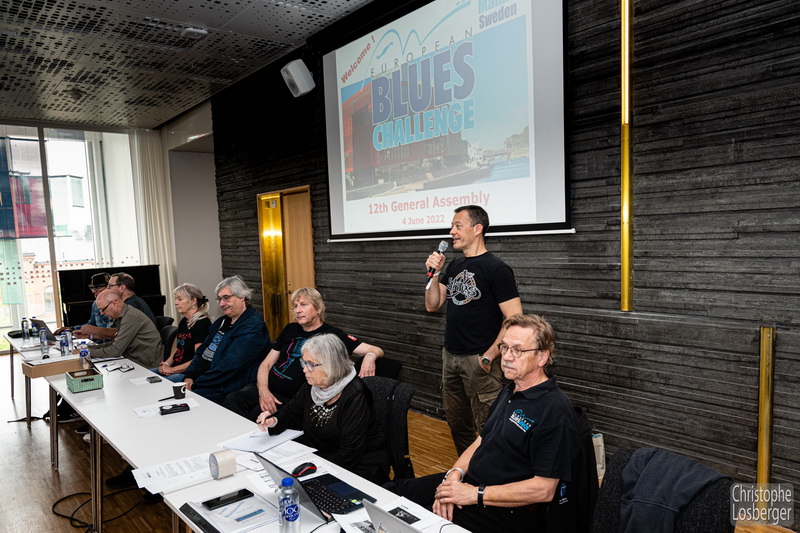 The GA ended with a toast to celebrate meeting each after three years! 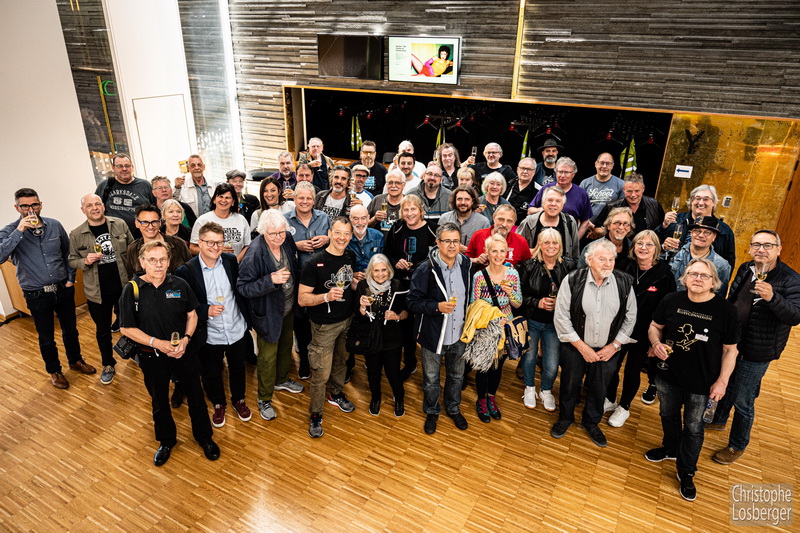 Toast after the GA
(Photo by Christophe Losberger)

Again thank you to EBU Members and to the local organizers for the amazing organization of this memorable event!

23 amazing bands performed during the two EBC nights representing astonishingly high quality and professionalism. The Jury had a difficult task to select the winners because all them deserved to be winners!! 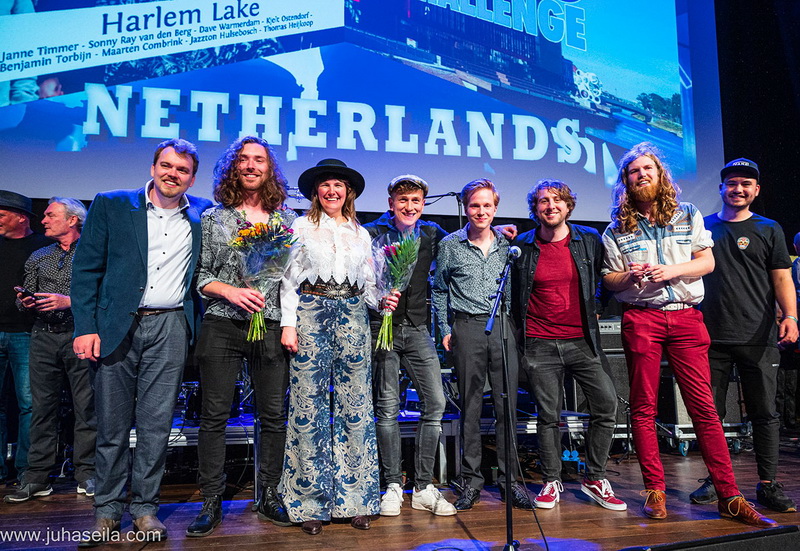 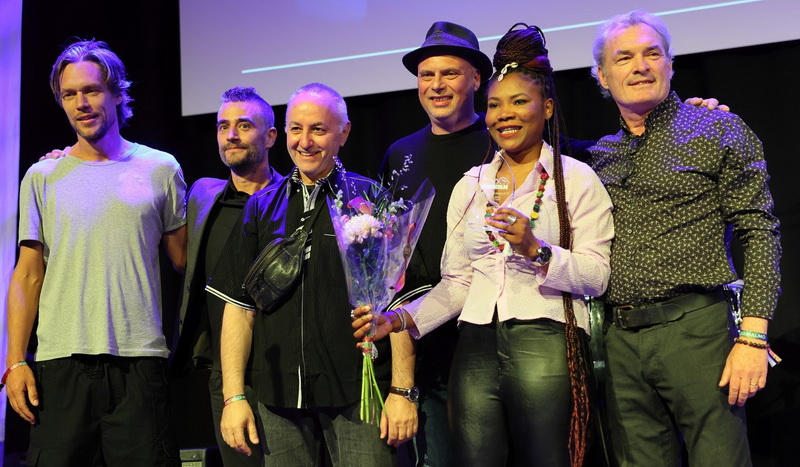 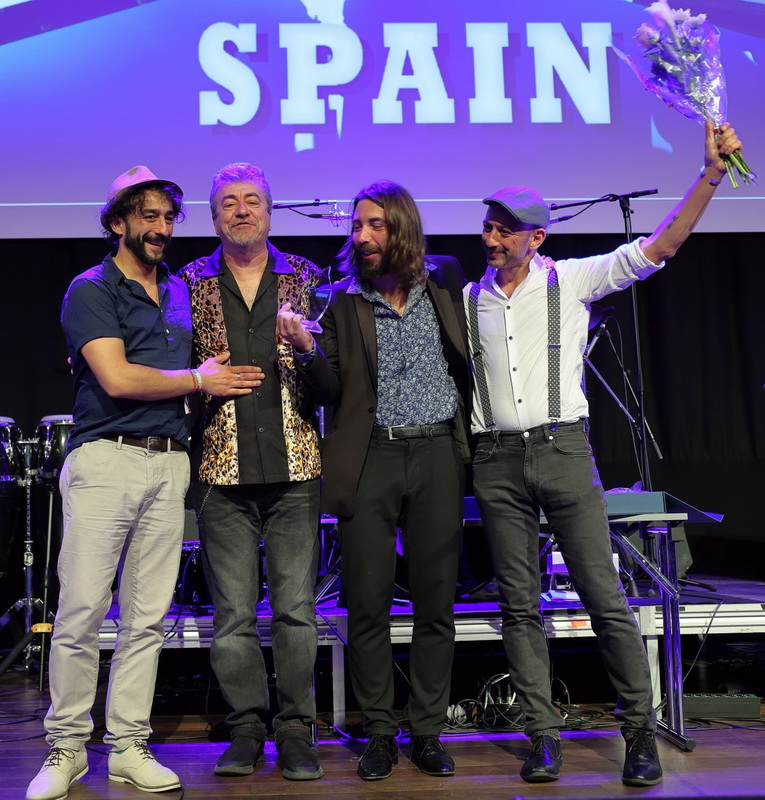 Besides receiving this magnificent recognition, the winners are awarded performing at the following festivals: 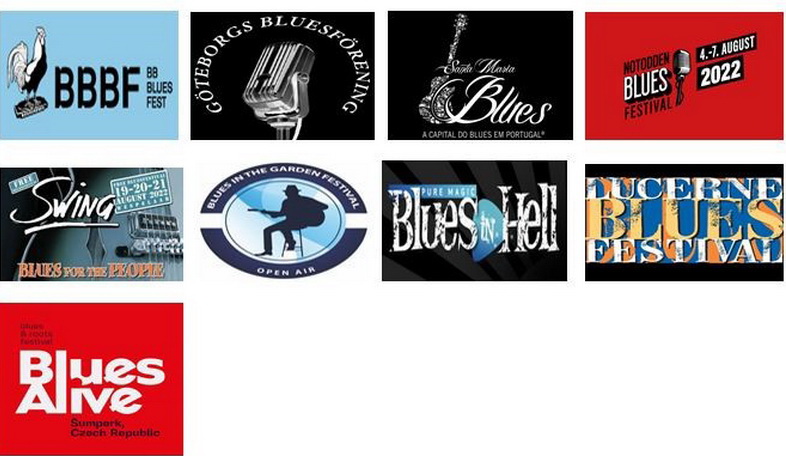 With the amazing time spent in Malmö still in our minds, we are already looking forward to the next year Challenge in Chorzow, Poland!