Oct 2022 The B. Christopher Band “Snapshots From The Second Floor” 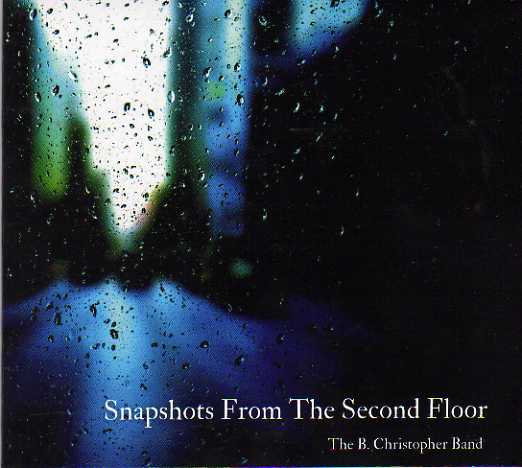 Artista / Grupo: The B. Christopher Band

Álbum: “Snapshots From The Second Floor”

Posted at 00:07h in Reviews by Roser Blues

For the last twenty years B. Christopher has only devoted himself to put the music to different television shows. His compositions have been included hundreds of times in programs and television series that have been seen in more than thirty countries.

Although as a guitar player his name has not been popular for general public, he has put his guitar to the service of artists like Jerry Portnoy, Bruce Katz, Michael Power, Studebaker John or Nathan East among others. All the experience B. Christopher has gathered along the years, makes him be an excellent reputed studio musician where his work has always been highly demanded.

Finally, B. Christopher has decided to move a step ahead starting a solo career and the result could not have been better, surprising audiences with an outstanding album in all aspects. In his music you will find musical references and similarities of legendary guitar players like Mick Bloomfield or Roy Buchanan. In this just released recording his guitar reaches high quality levels, backed by a group of faultless musicians like E.J. “Moose” Boles on vocals (a singer with an impressive voice full of nuances), Studebaker John on harmonica, bass players Nick Douglas and Eric Collier and drummer Anton Fig.

Of the thirteen album songs, seven are instrumental ones, something that let us appreciate and savor B. Christopher’s excellent guitar work. The rest of the included blues songs become a real joy for the ears. In short words, a real elegant recording to listen to and enjoy again and again in a slow but steady way.

Walter Trout releases a new album after the pandemic