Mar 2022 Riccardo Grosso Blues Band “The Road And The Room” 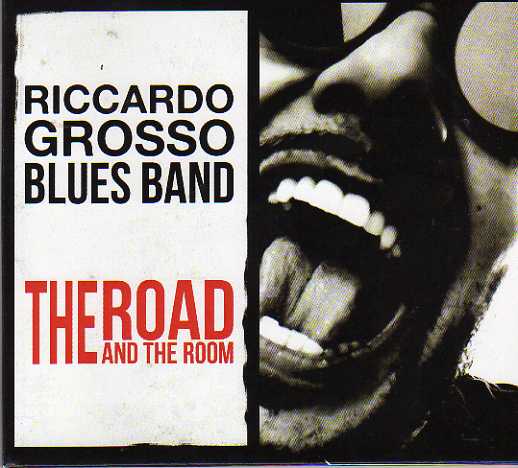 Álbum: “The Road And The Room”

Posted at 00:14h in Reviews by Roser Blues

It is unusual for a blues band to begin a recording with a slow blues. This is something really daring, but this Italian band firmly led by singer and harmonica player Riccardo Grosso have not hesitated to start the album with a song like the famous “Double Trouble” by Otis Rush. Personally I think the version they have done is totally successful. Also the group has an undeniable strength, a powerful attitude and a firm conviction, something listeners will realize from the first notes of the terrific opening song “Double Trouble” that communicates an intensity that goes up in degrees until the moment they reach a passionate climax at the end of the album.

Eight impressive songs with an amazing feeling that will go deep in the heart and spirit of every listener, from the just mentioned “Double Trouble” to “Nadine” coming from Chuck Berry, “She’s Tough” by Jerry “Boogie” McCain or “Mellow Down Easy” by Little Walter, to mention a few of the songs included in the album.

Those who know them say Grosso’s harmonica playing is a mixture of Sonny Boy Williamson, Paul Butterfield and Junior Wells and I will not be the one who will disagree with them. Riccardo Grosso’s harmonica and vocals are backed by Flavio Paludetti on guitar, who does a superb job in the path of Junior Watson or Kid Ramos, Alessandro Marinoni on bass and Federico Patarnello on drums.

The four musicians manage to take up the best of the eight versions they have selected for this successful debut album.