Posted at 19:00h in International interviews, Interviews by Roser Blues

Bob “Sully” Sullivan is one of the most highly sought stage personalities in the United States. But until now, his role has been as a keynote speaker; a very successful finance entrepreneur and television and radio personality who shares his techniques for success in business with other entrepreneurs. Sully is also a nationally syndicated radio/television talk-host, and his shows “The Big Biz Show” and “Sully’s Biz Brew” are broadcast in 175 countries.
Now, with the release of the album Let’s Straighten it Out, he plans to capture another world of stages and microphones, bringing his high-powered 10-piece San Diego project The Sully Band to blues and R&B venues worldwide. Here, Sully talks about his life-long love affair with music, how he built a band of Grammy-winning musicians into one of the top acts in Southern California, and the process of recording his debut album Let’s Straighten It Out, on Blue Elan Records.

Polly: Tell us a little bit about your history in music. How did you come to be a performer and an artist?

Polly: How old were you?

Sully: Probably 9. I was trained as a classical guitarist. I did performances where they prop you up front in a chair and you play in front of the women’s club, those type of things. In the off hours I was learning how to play bar chords and Otis Redding and Muddy Waters, the guys that were generally thought of as the real blues men and the real R&B guys. I would gravitate at the time to Jackson Brown, Loggins and Messina, James Taylor, because they were guitarists and singer-songwriters. So that’s kind of how it started.

Polly: When did you start to perform seriously?

Sully: I gravitated towards musical theater, and I ended up being the lead in every single sort of school and community theater. I was the leading man in shows like Oklahoma or Bye Bye Birdie or Brigadoon or West Side Story. After high school and college, I was one of those Gordon Lightfoot kind of singer-songwriters in the seventies, and I got a development deal with what was Island Records back then, which went nowhere, because that’s what happens (laughs). And I kind of wrapped it up, and I found an entrepreneurial spirit and started several businesses.

Polly: You have certainly been successful in business. What brought you back to music?

Sully: Fast forward to 2003. A friend of mine was playing in a worship band at a church in San Diego. I got up there and started performing and the next thing you know, my friend gets sick and I’m the worship leader for seven years. That’s how the band started. I got us a date downtown at the House of Blues. And next thing you know, we got really popular really fast as this cover band that did some originals.

Polly: When did you start recording with the band?

Sully: I started writing some songs with James East, he’s our bass player and now our music director. He’s the brother of Nathan East, who’s arguably the most recorded bass player in the history of music. He’s also the brother of Marcel East, who’s a Grammy Award-winning producer. In 2017, I think, Marcel had us lay down several tracks, which can now be found as singles on Spotify under Sully and the Souljahs. On those tracks we had Steve Ferrone, who was a long-time drummer for Tom Petty and one of the founding members of the Average White Band. We had Nathan East on that album, Tim Carmon on B3 from Eric Clapton, and so we had kind of a good little all-star set of studio guys that helped us get it out there. And there was a little bit of critical acclaim. And then in 2020, we were teed up to do a ton of gigs and suddenly there was no gigs. In 2021, we started once again getting booked everywhere. And that’s when we decided to do the Let’s Straighten It Out album. 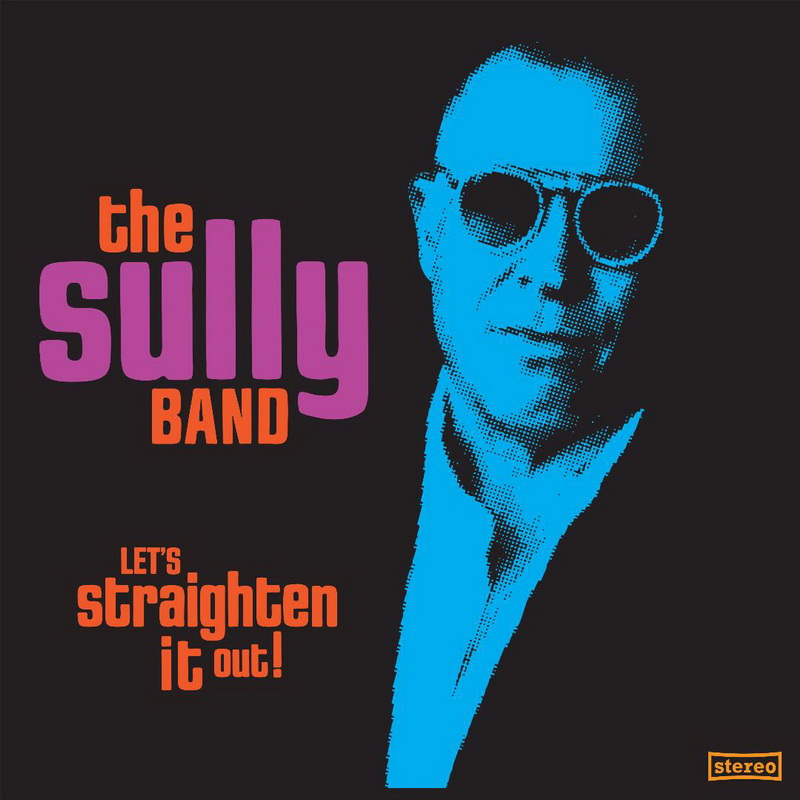 Polly: You recorded this album with Chris Goldsmith, another San Diego guy, who has worked with the Blind Boys of Alabama, Aaron Neville, and Chrissie Hynde, among others. How did that collaboration come about?

Sully: We started working together during the pandemic on livestreams from [Chris’s club] the Belly Up and enjoyed working together so we decided to take it to the next level. And of course, Chris is a multi-Grammy Award-winning producer. We went up to where they recorded “We Are the World,” it was formerly A&M records. Now it’s called Henson Recording, from the Muppets’ Jim Henson. You pull in the driveway and there’s Kermit. And we came up with this album that has songs in a chronological order that kind of tells a story about two people going through a relationship and figuring out how they are gonna deal with it.

Polly: The album starts with Aretha’s “When the Battle is Over.”

Sully: It’s almost a prologue to a story. It’s two people that are like, there’s a battle here. And then we went from there through a little bit of a storyline. I think you have to use your own imagination as you’re listening through it, but it goes from, I am addicted to this woman and I’m gonna do anything. And then to [Albert Collins’] “If You Love Me Like You Say,” you know, why are you hammering me?

Polly: And then it finishes with [Latimore’s] “Let’s Straighten It Out” and then [Jackie Wilson’s]“Higher and Higher.”

Sully: Yeah, “Higher and Higher,” it’s like the end of a movie, you know when the credits roll. The second I heard how Chris wanted to do it was like, okay, I get it, this is the wrapping of the bow around this story.

Polly: I know you write music, but this album doesn’t have originals on it. Tell me how you pick music to record. What draws you to a piece of music and then how do you make it your own?

Sully: That is a great question. So you know when you hear a song, like, [sings a Jackson Five groove] or [sings the groove from The Beatle’s “Come Together”]. There’s that thing that hits you in the back of the jaw. And we play it straight the first time and once we got it down then we started adding, right? Like, there’s a song we do called “Best Damn Fool,” by Buddy Guy. And instead of a blues guitar we have a horn lick in there. And the first thing you hear is a Jamaican dude start rapping, and suddenly you’ve got this entirely engaged audience listening. For us, writing and performing are one and the same. It continues when we’re on stage. It’s one nonstop writing session with us.

Polly: You have a very busy career in business and other arenas. How do you make room for music in your professional life?

Sully: I do spend half my life in investment banking and media. I did in 2019, like, 45 keynote speeches on negotiation. So I’ve learned how to be exceptionally efficient. If you waste 10 minutes of my time per day, that’s 61 hours a year. I learned how to really be non-negotiable about my day. So from 4:20 to 7:30 in the morning, I’m on radio in San Diego and L.A. From 8 to 9 I’m working out. We record our national television show every day from 11:15 to 1:15, and I’m done at 1:30 and then we rehearse. I can write you a good song and make you a good cioppino, and then do a TV and a radio program and then cut a $5 million deal before 3 and call it a Tuesday. I don’t know if I could survive if I’m not juggling kittens. I don’t know what I would do. 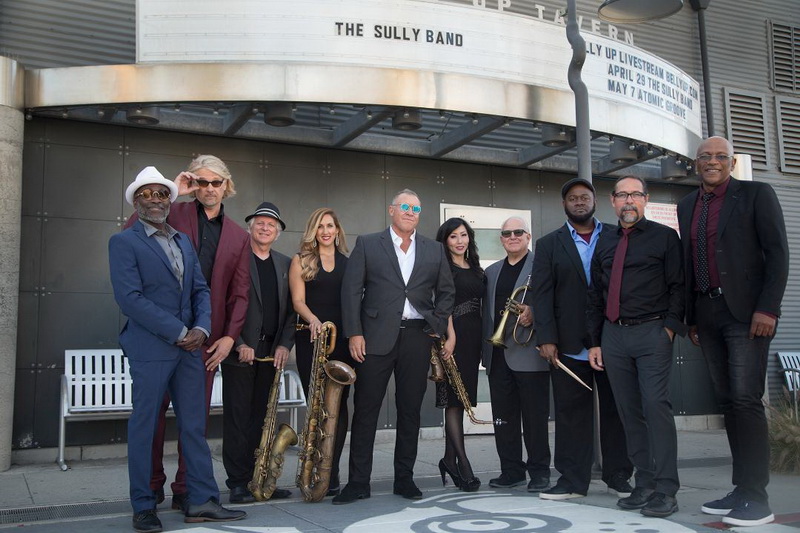 Polly: What are your goals for music, and for this album?

Sully: I think what people don’t understand about the music industry is that you don’t have to be Jesus-famous to be successful. We opened up for Tommy Castro a couple months ago, you can be like Tommy Castro. We’re start to get booked at places like Antone’s in Austin and the blues festivals, and that’s what we wanna do. I dig playing in front of a big pile of people, where, you know, you got your baby, you got your blanket, you got your bucket of beer. That’s super fun. Wherever we are, let’s like, make this place blow up. And we typically do.

Let’s Straighten It Out will be released March 18. For more information about the band and the album, see www.sullyband.com.

Polly O’Keary is an award-winning and nationally touring blues bassist, singer, and songwriter, as well as a journalist and a PhD candidate in the field of communication. She has won many awards for news and entertainment writing, and currently teaches media writing at the University of Washington, Seattle.