Posted at 16:19h in International news, News by Alicia 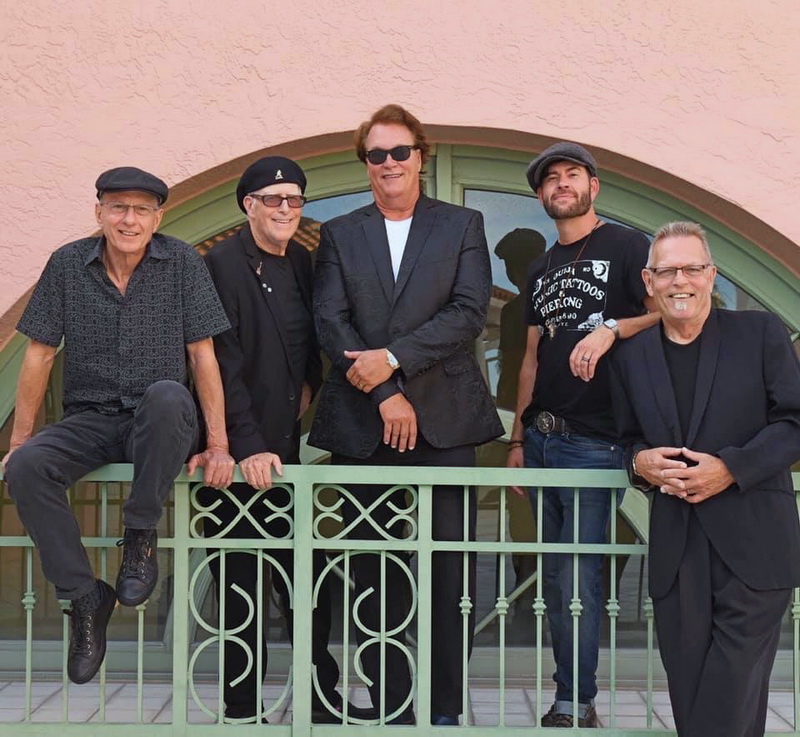 If you like your blues in the Chicago style of Little Walter or Paul Butterfield, then the Backtrack Blues Band has something blues fans will enjoy. This Tampa Bay area quintet has been delivering the blues since co-founded by band leader and harmonica ace Sonny Charles and rhythm guitarist Little Johnny Walter for forty years now. As Sonny recently reflected, “We have always believed in the ‘band concept’. No individual is considered the ‘star’ and we always promote the group concept. When you keep a band together for 40 years, you inevitably develop your unique sound. That goes beyond talent alone. It allows for a custom sound that comes from friendship, a love of the blues, and a blending of music and ideas that only come with time. Little Johnny and I met at UNC in Chapel Hill, NC back in the seventies. We have been good friends, basketball fanatics and blues lovers ever since. It’s been quite a long ride! Some folks ask “how do you keep a band together for so long?“ I think it starts with a foundation of friendship and a commitment to creating original music. If you don’t like one another and don’t dispense with the egos , it won’t work out in the long run. But when everyone is getting along and having fun, longevity takes care of itself”, Joined by Canadian Kid Royal on lead guitar providing scorching Texas style licks, Sonny and Kid have discovered a great partnership on stage and Sonny acknowledged” I’m blessed to be playing blues with an amazing cast of musicians. But just like when Muddy played with Little Walter, there is something incredible when a harp player and guitarist support one another, play riffs together, and mix it up. In that school, our lead guitar player, Kid Royal, is amazing . He generates tasty and creative solos in the Texas style, and also delivers amazing rhythm parts to drive the band sound we have. It’s a pleasure to stand next to him on stage and enjoy his immense talents. He’s also a student of the music and remains true to the blues traditions. I couldn’t be more fortunate than to create music with the current lineup of the Backtrack Blues Band”. The addition of Grammy award winning bassist Stick Davis and Joe Bencomo on drums completes this stellar group of musicians. For their seventh release in mid-2020 they are joined by a Hammond B3 master and two vocal “angels” who have created a disc that is already receiving accolades when it is performed.

Sonny is excited about the new release as you can tell: “The new studio album is one that we are really feeling proud about. For Your Baby Has Left we chose to go as analog as possible – starting with a classic two inch tape machine. First, it consists of original songs written and arranged by the band. Then we were able to record at Big 3 studios and have access to their classic 2 inch tape machine. That was so cool to get back to tape again! I think it sounds much warmer and old school… just like how all the greatest blues albums were made. Next, our producer, George Harris, and stellar engineer, Pinky Beeman, did a great job of capturing our sound. They even let me run 4 old Tweed Fender amplifiers for harp… a ‘ 59 Bassman, two vintage Princetons, and a ‘57 Champ. Every minute was a joy! I’ve never had so much fun recording. All songs were initially played ‘live in the studio’ to capture the energy and collaboration of our seasoned band. Then we brought in Bruce Katz to add piano and B3, and he was awesome. Latonya Oliver and Dana Merriwether sang backup vocals (we call them the Backtrack Angels because their harmonies are heavenly) and the final piece was traveling to Fame Studios in Muscle Shoals, Alabama to cut the horn section. What a trip! Standing in the big studio where Aretha, Duane Allman and Wilson Pickett cut monster hits…. it was amazing! While the record has a live feel, and we play all the songs at our shows, it’s always fun to bring out the big band with the Angels singing backup and B3 guru Wayne Sharp on B3 organ. That’s the lineup that we’ll use at the Tampa Bay Blues Festival, on Sunday April 5, for our album release show.”

After a busy summer and fall performing at large festivals such as the Notodden International Blues Festival in Norway, the Utah Blues Festival, Tremblant International Blues Festival, Trois Rivieres en Blues, headlining the Eldorado Blues Festival in Val D’Or, Canada and many more, Backtrack was recently honored by Big City Rhythm and Blues magazine to learn that one of the cuts off the new release was selected as the ‘Coolest Blues Song of 2019’. What a way to celebrate the end of a successful year. The competition was keen and as Sonny explained, “Even though our new album is not officially released yet (release date in mid 2020), the editor of Big City Blues asked that we provide a song for the Big City Blues Magazine CD sampler. How could I say no to Junior? So it was included on the sampler and that led to a nomination for the publication ‘Coolest Blues Song of the Year’ contest. We were honored to be included with some of our favorite artists – Bobby Rush, Albert Castiglia, Terry Hanck, etc. After the public voting phase, Backtrack Blues Band made it into the finals. The last round involved a review by a panel of blues music experts chosen by the magazine. We figured it would end there. So we were surprised and honored to learn that our tune ‘Best Friend’s Grave’ was selected as a winner!”

Not only does Sonny appreciate the old school quality of recording and vibe of the Chicago clubs of the 50’s and 60’s, he is a fan of vintage gear as well. “While I play chromatic harmonicas, my harp of choice is still the classic Horner Marine Band. I prefer the Special 20 Progressive model. I have my harps customized to improve reed response. As far as tone goes, I’m always searching for the ‘perfect’ harp microphone and amplifier. I’ve been using an astatic crystal mic that Rod Piazza made for me years ago, and I usually play through a 1959 Fender Bassman amp that’s slaved up with a 1957 Fender Princeton amplifier, and an old Fender reverb unit. They run together and I usually only mic the Princeton through the PA system. I just acquired a Harp King amplifier, so that may make it into the lineup soon. Choices are nice.”

Carrying on the great blues traditions is important to the members of the Backtrack Band and all are scholars of the blues and eager to help keep that traditional sound alive. Sonny’s love for Chicago blues goes deep. “I’ve been a blues music enthusiast since I was a kid. I like jazz, reggae, roots rock and soul…but nothing gets inside me like classic Chicago blues. I’m a huge fan of Chicago blues and the fabulous records put out on the Chess Record Label. For me, that style of blues, with the driving backbeat and strong bass grooves really gets me moving. I think of the electric blues from the 50’s and 60’s as the original dance music. When I’m ready to party, that’s the music I choose. There would be no soul music, R&B, rock n roll or hip-hop without those blues foundations. You just can’t beat that old style blues, in a club setting, with some booze and friends to get you moving. Most folks just can’t sit still!

As far as my favorite, that’s a tough question, with cats like Muddy Waters, Howlin’ Wolf, Sonny Boy Williamson, Etta James and more. But if you made me pick only one artist, it would have to be Little Walter Jacobs. Walter’s harp work was pure genius, and nobody innovated like Walter. Plus, I love his singing and song selection. Every album that Little Walter released was golden! So he’s my top pick. There are so many great players still around that keep it going. Bands like the Cash Box Kings, Mississippi Heat, Rod Piazza, Kim Wilson, Jimmie Vaughan, Billy Branch, Ronnie Earl and Charlie Musselwhite are still kicking butt. However, I have noticed a drift in the blues music world over the last decade towards a more rock influenced style of blues, dominated by guitar and in my personal opinion, too many lean heavily towards the sounds of rock and roll. Of course, there are exceptions to this general observation with current players like Jimmie Vaughan, Anson Funderburgh, Ronnie Earl, and Kid Royal. While I admire the aggressive guitar stylings and technical prowess, I miss the nuances of T-Bone, Albert King and BB. Who can ever fill their shoes? Masters like that just don’t seem to be emerging these days. That era of earlier blues music was simply the best, pure African American magic! I fear it may be lost among our contemporaries. I hope I’m wrong, but time will tell.”

The first weekend of April at the award winning Tampa Bay Blues Festival at Vinoy Park, not only will Sonny be promoting 26 years of Blues by the Bay but celebrating 40 years of the Backtrack Blues Band, and a new release that already has a cut that has won the award of ‘Coolest Blues Song of 2019’. The quintet will be joined by B3 guru Wayne Sharp and Latonya and Dana, the Backtrack Angels.

Quite a celebration is in order!

By Monte Adkison aka “The Blues Stalker”