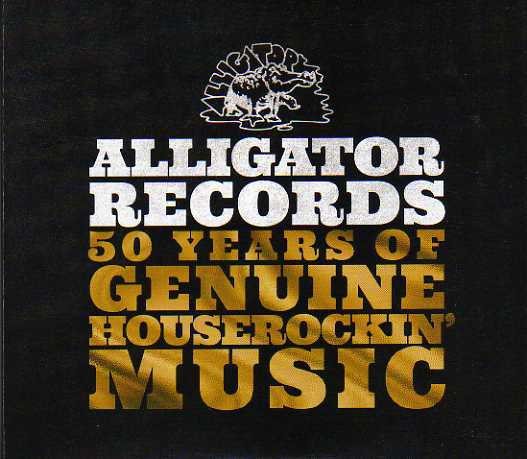 Posted at 00:05h in Críticas by Roser Blues

The idea to found Alligator Records was born in a small bar on Chicago’s south side where a young Bruce Iglauer discovered a musician who would become one of his favorites. He was Hound Dog Taylor who, together with his Houserockers, cheered up a Sunday cold winter day. After overcoming the initial suspicion of the people, mostly black ones, who were in that small club in one of the poorest areas of Chicago who first thought he was a cop and then a lost hippy, Bruce was able to immerse himself in the happy funny atmosphere that made people forget their troubles.

Iglauer felt that music should be recorded to spread it to a wider audience and, in 1971 he founded Alligator Records and released its first album which, of course, came from Hound Dog Taylor. Fifty years later and with more than three hundred and fifty albums published, Alligator with Bruce Iglauer in the front row follow on the work of releasing amazing albums and do it with the same enthusiasm than the first day. Although Iglauer had no experience in the recording world, thanks to what he learned from Delmar Records owner Bob Koester, Alligator did not stop to grow up to become the important label it is now.

This triple album collects some of the artists who, over the years, have been part of its catalog, quoted as ‘genuine houserocking music’ (genuine because it is a real original music, house because it is not played on big stages or stadiums but in small clubs where people can feel the emotion of the musicians and the musician can feel the audience feedback and rocking because it makes people move their bodies and souls). It would be too long to mention all the musicians, so I eagerly recommend to buy this triple album to enjoy for about four hours with artists like Hound Dog Taylor, Koko Taylor, Walter Horton, Professor Longhair, Luther Allison, Albert Collins, Kenny Neal, James Cotton, Katie Webster, Janiva Magness, Carey Bell, William Clarke, Billy Branch, Li’l Ed And The Blues Imperials, Rick Estrin & The Nightcats, Elvin Bishop & Charlie Musselwhite, Roy Buchanan, Johnny Winter, The Paladins, Long John Hunter, Tommy Castro, Coco Montoya, Tinsley Ellis…… And so on until reaching fifty-eight masters of both modern and traditional blues.

This is a valuable jewel that should not be overlooked by all blues lovers.