Posted at 10:00h in Noticias internacionales by Roser Blues 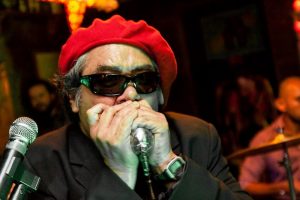 Paul Orta’s good friend Steve Coleridge has sent us his obituary to be published at La Hora del Blues:

“Paul Orta born in Port Arthur on September 6th 1957, son of David and Maria, passed away May 16th 2019 in Texas after a struggle with cancer.

He was first diagnosed last November. He is survived by James, Rudy, Johnny, David, Velma and his partner Vicky.  The celebration of Paul’s amazing life was held in the town of Nederland TX.

Paul Orta was probably the most self-sufficiently peripatetic bluesman on the planet.  He built up a worldwide network of contacts, and, like the proverbial sailor with a woman in every port, Paul had well prepared bands in most European countries, he had at least four in Spain and a couple of Latin American ones too.

Apart from being well travelled he was discreet and extremely modest and had an almost Zen like spirit of calm which he transmitted to all those around him.  Speaking from personal experience he turned a bunch of indisciplined, squabbling fools into a professional unit in a remarkable short space of time.  This was because he had seen and experienced every sort of musical egomania and he was thus able to anticipate and eliminate it just by his good humour and his philosophical aura, he was our Mr Miyagi.

Port Arthur and Beaumont, the heart of the so called Golden Triangle, have given birth to a variety of extremely influential musicians, such as Johnny Winter and Janice Joplin.  Some of those who migrated there include Lonesome Sundown, Clifton Chewier and Phillip Walker who like Paul Orta was a musician’s musician.   In a sense Port Arthur is a sister city to Baton Rouge, both having an oil industry that attracted rural Blacks from the surrounding area, producing a vibrant Blues scene with its own identity.  Paul Orta and The Kingpins were the essence of the Port Arthur sound and scene.

Paul Orta was first influenced by Louis Armstrong at the age of 7. After 9 years of playing the cornet in the school band, Paul Orta quit because the band never played Blues or Jazz. Within a nine months of picking up the Harmonica he was in his first professional band (The Bayou Boogie Band) at the age of 16. They played in the Golden Triangle and Louisiana for three years.

Paul Orta has also toured and recorded with Texas Guitar Tornado U.P. Wilson (U.S.A. and Europe). He can be heard on over a dozen albums and on over 3 dozen compilations in North & South America, Europe, Japan, Africa and Australia. In addition he has performed with second generation Bluesmen like Kim Wilson, Derek O’Brian, Tommy Shannon and many others.

He was also nominated “Texas Harmonica Tornado” by Buddy Magazine in 1987. Paul Orta has played at the Battle of the Harmonicas in San Francisco and the Texas Harmonica Rumble in Austin, Texas.

Hohner Harmonicas endorsed him in 1990. He helped Kendrick Amplifiers design an amplifier called the “Texas Crude”. Paul Orta also is endorsed with The Harp Depot, Shaker Mic’s, The Amp Room, Tony Ramos Harps, Jimmy Gorden Harmonicas, and Mauro Pionzio Harmonicas. In fact Paul Orta is one of the few harmonica players endorsed with both Hohner U.S.A., and Hohner Europe. He also designed his own special “slide harp” which allows one to play various positions on one harmonica.

Paul Orta also has worked as a producer for Ervin Charles “Greyhound Blues”, Wild Bill Pitre “I was raised on a farm” and Lazy Lester “Shuffle with Lester”.

He also has been an active promoter of “Blues in the Schools”. Paul Orta is also a songwriter whose songs have been covered by different groups around the world. 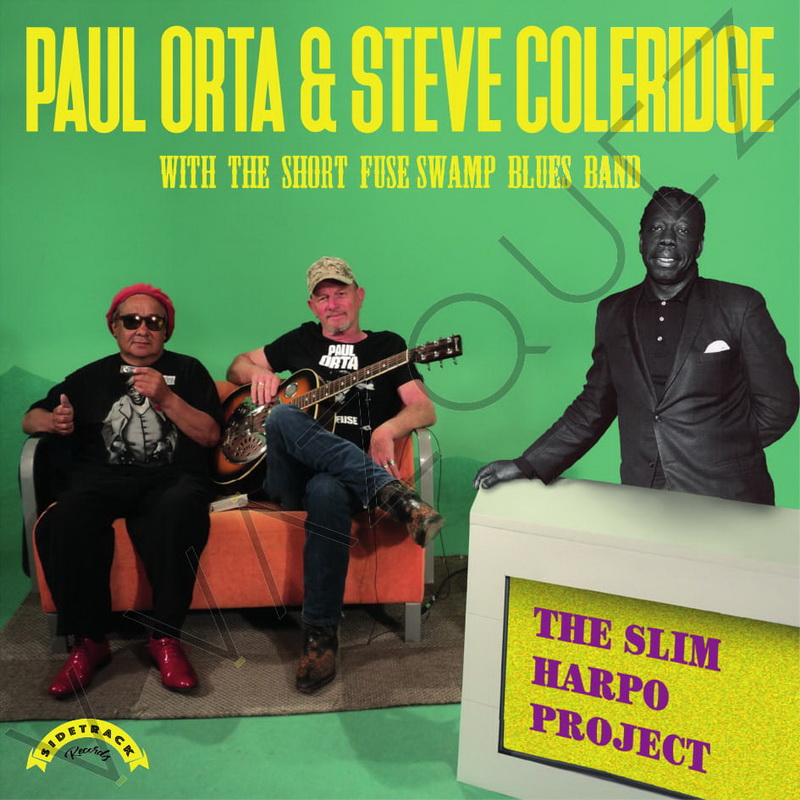 I really enjoyed Paul’s visits, as we both liked drinking beer and listening to Slim Harpo. nPaul knew a vast amount about the music he loved – he was able to enlighten me about the many technical aspects of the harmonica – such as what position a curtain tune was played in.  He was very self contained person, and was very happy to be in the apartment on his own until he was collected to go to a gig or rehearsal. He was very punchidious, attentive and observant, probable due to his spending much time with people who were speaking a foreign language.  He never failed to call his partner Vicky several times a day”.